Hypocrisy, Left and Right: Libertarian Socialism as an Alternative to Tribal Loyalty in Politics 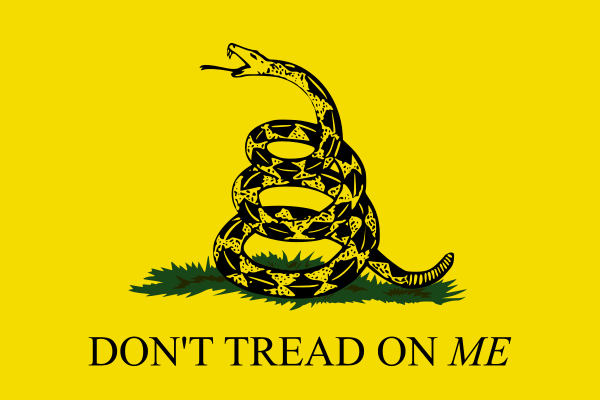 But for the more moderate positions this situation is often inverted. Whereas a “small-government” conservative will insist that in the name of liberty, peace, and prosperity we need to submit to authority, live under constant threat of violence, and resign ourselves to owning nothing, a “progressive” liberal will accept those conditions at face-value as the axioms of their dreamed-of society. Conservatives believe their safety resides in the protection from the very state they are so frightened of, and progressives believe their hope for an improved future lies in the liberation by the same forces that maintain our present class society.

That’s why in America the outspoken advocates of “liberty” including those gun-owners constantly on guard against “tyranny” are often the most devout worshipers of militarism and despotic policing. And it’s also why every solution proposed by the liberal advocates of “equality” is to strengthen the same state power that maintains the systems of social control and economic exploitation they preach against. Though they formulate their demands in terms which seem to oppose each other, what both groups mean is usually something like “more government for other people, so that I can have more freedom.”

While these hypocrisies are mirror images of each other in many ways, there is important asymmetry. Even the deceptive aims of the opportunistic leftist is only as authoritarian as that of the most honest and well-intentioned rightist. A social democrat may mistakenly seek solutions in an oppressive state apparatus, but a conservative will openly embrace the privileges and inequities of the status quo. So if one must choose a side in mainstream American political discourse for whatever reason, there is usually a lesser-evil option available.

But of course one need not maintain a tribal loyalty to any political party or platform. Instead of blind adherence to a political identity like Democrat/Republican, it is possible to adopt a deontological approach which allows new questions to be checked against a small and hopefully more consistent set of principles (like “does this stance recognize my dignity as an individual as well as the dignity of the individuals around me?”). I won’t pretend to know of a completely coherent or self-consistent political philosophy, of course (and it is not known to be particularly difficult to confuse an anarchist). But I have found an existing (if broad) school of political and ethical thought compatible with such a method. It is called libertarian socialism. It is far more consistent with itself and with a basic recognition of the dignity of others than anything on offer within mainstream liberal discourse — one which does not force the unnecessary choices between political and economic democracy or between social welfare and the free expression of individuality, for examples.

The Russian anarchist Mikhail Bakunin pithily summed up the position of libertarian socialists over 150 years ago when he wrote, “We are convinced that liberty without socialism is privilege, injustice; and that socialism without liberty is slavery and brutality.” For a more thorough introduction, I know of two readily available resources. Both are too long and too broad to make a reasonable first read, but skimming them should give a basic understanding of what libertarian socialism is all about, its fundamental principles and main schools of thought:

It advocates a worker-oriented system of production and organization in the workplace that in some aspects radically departs from neoclassical economics in favor of democratic cooperatives or common ownership of the means of production (socialism). They propose that this economic system be executed in a manner that attempts to maximize the liberty of individuals and minimize concentration of power or authority (libertarianism). Adherents propose achieving this through decentralization of political and economic power, usually involving the socialization of most large-scale private property and enterprise (while retaining respect for personal property). Libertarian socialism tends to deny the legitimacy of most forms of economically significant private property, viewing capitalist property relation as a form of domination that is antagonistic to individual freedom.

An Anarchist FAQ (see especially “Section A - What is Anarchism?”):

Emma Goldman expressed what might be called the "anarchist question" as follows: "The problem that confronts us today…​ is how to be one’s self and yet in oneness with others, to feel deeply with all human beings and still retain one’s own characteristic qualities." In other words, how can we create a society in which the potential for each individual is realised but not at the expense of others? In order to achieve this, anarchists envision a society in which, instead of being controlled "from the top down" through hierarchical structures of centralised power, the affairs of humanity will, to quote Benjamin Tucker, "be managed by individuals or voluntary associations."